Baseball always had been known as our national pastime, but that does not seem the case today. Football is far more popular, as crowded sports books on autumn weekends would indicate. It seems everyone has an opinion when it comes to football — and most are willing to back up those thoughts with a wager. Perhaps the most important advance in sports wagering occurred in the 1930s when the pointspread became popular. 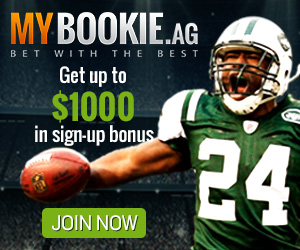 Prior to its advent, sports were similar to horse racing, in which complicated odds were posted on the basis of a particular team winning outright. While this method works fairly well on evenly matched teams, it is less than satisfactory when one team clearly is superior to its opponent.

Players Super Book has all the football betting action to satisfy every one of you're football betting needs. It has enormous bonuses, the quickest payouts on the net and so much more. Join by depositing via: Neteller,  PayPal,  Credit Card,  Western Union.

With a pointspread, winning a bet is not determined by which team actually emerges victorious, but by the contest's final score. Here is how it works. When a game ends, the pointspread must be subtracted from the number of points scored by the favorite. After that step is taken, the team with the higher score is deemed the victor for betting purposes. (Or, adding the pointspread to the score of the underdog). Here is an example. The table below shows how a betting board would look if Michigan were a seven-point favorite over Purdue.

Placing a wager on Michigan would require laying seven points. Therefore, when the game ends, seven points must be deducted from the total number of points scored by Michigan to determine the pointspread winner. If the Wolverines won, 24-20, then bettors who took Purdue would win. Even though Michigan won the game, bets on Michigan would have lost. If UM had prevailed, 28-20, then it would have ‘covered' the pointspread. Had UM won, 27-20, all bets on the contest would be refunded.

Sports bettors should remember that a pointspread is not a prediction by oddsmakers as to a game's outcome. Rather, it is a number that oddsmakers feel will attract equal action on both sides of a game. If the same amount of money is bet on both sides of a particular event, bookmakers would have no liability. They simply would collect from the losers, pay the winners and keep their roughly 10 percent commission.